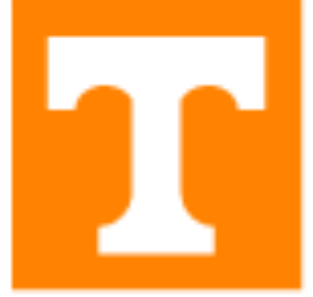 ​Separability of positivity and negativity
One line of research that our lab focuses on is the seprerability of positivity and negativity. Positivity and negativity have been found to have asymmetric effects on subsequent cognition and behavior. Expanding upon those findings, we have found evidence for a negativity bias, wherein unpleasant pictures elicit larger brainwaves within 500 msec of stimulus presentation (Ito, Larsen, Smith, & Cacioppo, 1998). Brainwave data also indicate that unpleasant pictures garner more attention than pleasant pictures within 100 msec of stimulus presentation, which is remarkable because simply identifying stimuli requires more than 100 msec (Smith, Cacioppo, Larsen, & Chartrand, 2003). Another finding is that approach objects appear to approach more quickly when they are threatening as opposed to non-threatening (Brendel, DeLucia, Hecht, Stacy, & Larsen, 2012). In addition, we have shown that one reason decision-makers pay more attention to potential losses than to potential gains is because they anticipate stronger emotional reactions to losses than gains (McGraw, Larsen, Schkade, & Kahneman, 2010). We have also shown that inducing people to think about how much they oppose their non-preferred candidate in political campaigns leads to stronger favorable attitudes toward their preferred candidate than does inducing them to think about how much they support their preferred candidates (Bizer, Larsen, & Petty, 2011).

Related research has examined how personality and situational factors affect the magnitude of the negativity bias (C. J. Norris, Larsen, Crawford, & Cacioppo, 2011). We have shown, for instance, that individuals high, but not low, in trait neuroticism show larger and more prolonged skin conductance responses to unpleasant than pleasant pictures (C. J. Norris, Larsen, & Cacioppo, 2007). We have also shown that the negativity bias—as assessed by psychophysiological and reaction-time-based measures—is attenuated when individuals are in benign, as opposed to threatening, environments (Smith, Larsen, Chartrand, Cacioppo, Katafiasz, & Moran, 2006). Other research has shown that in some cases the negativity bias is absent altogether. Specifically, we have shown that smokers’ positive feelings toward smoking, but not their negative feelings toward smoking, predict how much they smoke in the next month (Larsen & Cohen, 2009), perhaps because smokers manage to downplay their own risks of smoking.

Ambivalence and mixed emotions
Asymmetric effects of positivity and negativity provide evidence that positivity and negativity are separable, but stronger evidence would come from findings that positivity and negativity can co-occur. Along these lines, Larsen and Cohen (2009) found that the vast majority of undergraduate smokers have ambivalent attitudes toward smoking characterized by conflicting positive and negative feelings. We were by no means the first to provide evidence for ambivalent attitudes; social psychologists have long recognized that people can have ambivalent attitudes toward capital punishment and other complex attitude objects. In the domain of emotion, however, some prominent theories contend that polar opposite positive and negative emotions such as happiness and sadness are mutually exclusive in experience (e.g., Russell & Carroll, 1999). My colleagues and I have provided evidence against these theories by demonstrating that people can feel happy and sad at the same time during the day of their own college graduation and other meaningful endings (Larsen, McGraw, & Cacioppo, 2001), while watching bittersweet films (Larsen & Green, in press; Larsen & McGraw, 2011; Larsen et al., 2001), and while listening to bittersweet music (Larsen & Stastny, 2011). We have also demonstrated that the ability to experience mixed emotions develops with age (Larsen, To, & Fireman, 2007; Zajdel, Myerow-Bloom, Fireman, & Larsen, 2013).

An additional area of research on mixed emotions involves an especially evocative stimulus: money. Consider whether winning $5 would be unpleasant. The obvious answer is no, but we have demonstrated that the answer can be yes (Larsen, McGraw, Mellers, and Cacioppo, 2004; Larsen, C.J. Norris, McGraw, Hawkley, & Cacioppo, 2009). When individuals had a chance to win an even larger sum of money (e.g., $12), they reported that winning $5 is both pleasant and unpleasant—pleasant because they won, unpleasant because they could have won even more. Thus, such disappointing wins elicit mixed emotions.
​
Affective construals
Larsen et al.’s (2004) finding that good events that could have been even better elicit mixed emotions integrates my research on the separability of positivity and negativity with my second line of research, which delineates how people make affective construals. One way to think about the results of Larsen et al.’s (2004) disappointing wins study is that individuals’ construals of events depend upon how those events could have turned out differently. In addition to examining consciously accessible construals, I have investigated the psychophysiological processes underlying those construals. One brainwave, the error-related negativity (ERN), is sensitive to valence such that negative events (e.g., losing 5¢) elicit larger ERNs than positive events (e.g., winning 5¢). Though the status quo may seem to be unambiguously neutral, it may instead be construed favorably if the alternative was a loss or unfavorably if the alternative was a gain. Consistent with this hypothesis, we have found that receiving nothing (i.e., 0¢) evokes larger ERNs when the expected outcome was a 5¢ win rather than a 5¢ loss (Holroyd, Hajcak, & Larsen, 2006; Holroyd, Larsen, & Cohen, 2004).

Emotional reactions are reflected in the facial musculature as well as event-related brain potentials (for a review of research on the psychophysiology of emotion, see Larsen, Berntson, Poehlmann, Ito, & Cacioppo, 2008). Whereas negative affect is associated with increased facial EMG activity over the brow (i.e., frowning), positive affect is associated with diminished activity over the brow (Larsen, Norris, & Cacioppo, 2003). One of my students and I have capitalized on the latter relationship by investigating how moderately pleasant pictures (e.g., mountaintops) are construed when embedded among less pleasant pictures (e.g., coffee mugs), as opposed to more pleasant pictures (e.g., puppies). It has long been known that moderately pleasant stimuli are judged more pleasant when embedded among less pleasant stimuli, but it has often been assumed that this context effect is merely a response bias. To the contrary, we have shown that moderately pleasant pictures elicit larger diminutions in activity over the brow when embedded among mildly pleasant, as opposed to extremely pleasant, pictures (Larsen & Norris, 2009). Thus, these data provide psychophysiological evidence that moderately pleasant stimuli actually elicit more positive affect when embedded among less pleasant stimuli.
​
Happiness—one’s global assessment of how life is going—also involves construals. The Rabbi Hyman Judah Schachtel once said that, “Happiness is not having what you want, but wanting what you have.” One of my students and I have tested this hypothesis by asking undergraduates whether they have and whether they want various items (e.g., car, cell phone) (Larsen & McKibban, 2008). We calculated conditional probability scores in order to quantify the extent to which participants have what they want [i.e., p(have|want)] and want what they have [i.e., p(want|have)]. Results indicate that Schachtel was both right and wrong. He was right in that people who want what they have tended to be happier; he was wrong in that people who have what they want also tended to be happier. Thus, the effect of possessions on well-being depends on how people construe those possessions (see also, J. I. Norris & Larsen, 2011). Erin Hardin and I have extended this inquiry from material possessions to personality traits. Our research indicates that both wanting to be who you are and being who you want to be are associated with greater well-being (Hardin & Larsen, in press). In summary, my research has demonstrated the pervasive role of construals in a wide variety of evaluative processes including mixed emotional reactions to monetary rewards, rudimentary affective reactions to evocative pictures, and global assessments of well-being.
Powered by